Stoneboat is family owned and operated. Our hands guide the entire winegrowing cycle:
we walk the vineyards daily, oversee the vines to harvest, and pick the fruit by hand in small bins.

Bill began his winemaking career in Ontario where he completed a three year wine making program at Niagra College. Working under veteran winemaker David Hojnoski at Palatine Hills Estate Winery, Bill learned the fun side of winemaking and and developed impeccable winemaking practices.

A visit to experience the Okanagan wine region in 2006 kept Bill here ever since. During his four years working with Pascal Madevon, classically french viticulurist and winemaker, at Osoyoos LaRose, he met Stoneboat’s Jay Martiniuk and our friendship with Bill began.

Bill joined Stoneboat afer a year as cellar master at Blue Mountain Vineyard & Cellars. His sensitive approach to winemaking, and his experience with Pinot varieties in particular, make him the perfect match for Stoneboat’s approach to honest, expressive wines.

Ian started coming to the Okanagan Valley from the young age of 5 when he would come to visit his grandparents on their farm. In 2014, Ian joined a staple winery in the Okanagan, Poplar Grove to begin his career in wine. He worked at Poplar Grove for 5 years going through many departments and eventually finished off his career as the Director of Operations, overseeing much of the operation.

In late 2019 Ian joined the team at Phantom Creek. One of British Columbia’s largest and most prestigious wineries as the Estate Director where he oversees Hospitality and Sales,

In 2021 Ian, his wife, and two of their friends started Joiryde winery. One of the many boutique wineries in the District Wine Village. Ian joined Stoneboat in 2022 overseeing all aspects of the business in the Okanagan Valley. 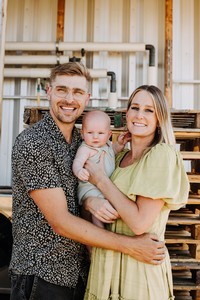 Kyla Richey - Marketing - Kyla Richey comes to valley commons following a 10-year career in professional volleyball on teams all around the world (Azerbaijan, Turkey, Greece, France, Indonesia, Italy to name a few). she was also captain of the Canadian women’s volleyball team and has represented Canada for the past 15 years. during her volleyball career she met her now husband Rudy Verhoeff (who was also a member of Canada’s men’s volleyball team) and following an international courtship, the couple married.


Rudy Verhoeff - Vice President - An accomplished international athlete (Rudy was team captain for Canada’s national men’s volleyball team), Rudy brings to valley commons a decade of experience in building effective team cultures to achieve goals. like his wife Kyla Richey (who he met through volleyball - she was also a team captain for Canada’s national women’s volleyball team), Rudy believes that Valley Commons is a place where the community is created, a place where people gather to celebrate family and friendship in a welcoming, relaxed atmosphere.

Pascale first came to the valley back in 2007 and was working in construction for the first couple of years here. As construction was slowing down for the winter she stumbled into viticulture by picking up a winter job of pruning for Burrowing Owl. She ended up staying 5 years there mostly operating equipment and pruning. After that Pascale was in management at Church and State while she took the viticulture program at Okanagan college in Penticton (2017) and then signed up for the viticulture certificate from Washington State University (2019) while working at Black Hills Winery. “I was not planning to become a viticulturist but the more time I spent in the vineyard, the more interested I became. I currently am on my 12th vintage and have had the chance to work with a lot of very good and knowledgeable people from whom I have learned a lot.” 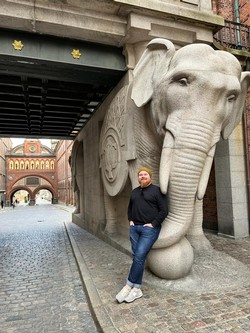 Hospitality has always been a big part of Andrews make up. Building connections along with providing exceptional guest service and satisfaction are some of his passions. This led Andrew to obtain a degree in Hospitality Management. Andrew's career in hospitality started off in Vancouver where he worked with Fairmont and Delta Hotels. While developing his career as part of the Rooms Division, Andrew was presented with the opportunity to move into a Food and Beverage leadership role. Andrew was the lead trainer for multiple restaurant openings for Northland Properties.

During his time as restaurant General Manager Andrew dedicated himself into furthering his wine education and completed his WSET training up to level 3. Andrews' love for wine stems from an early age. During childhood trips to the Okanagan, his uncle, a wine maker would take Andrew behind the scenes of the wine world. Andrew was presented with an exciting opportunity that led him to the Okanagan Valley and ultimately to working in the industry that he loves.